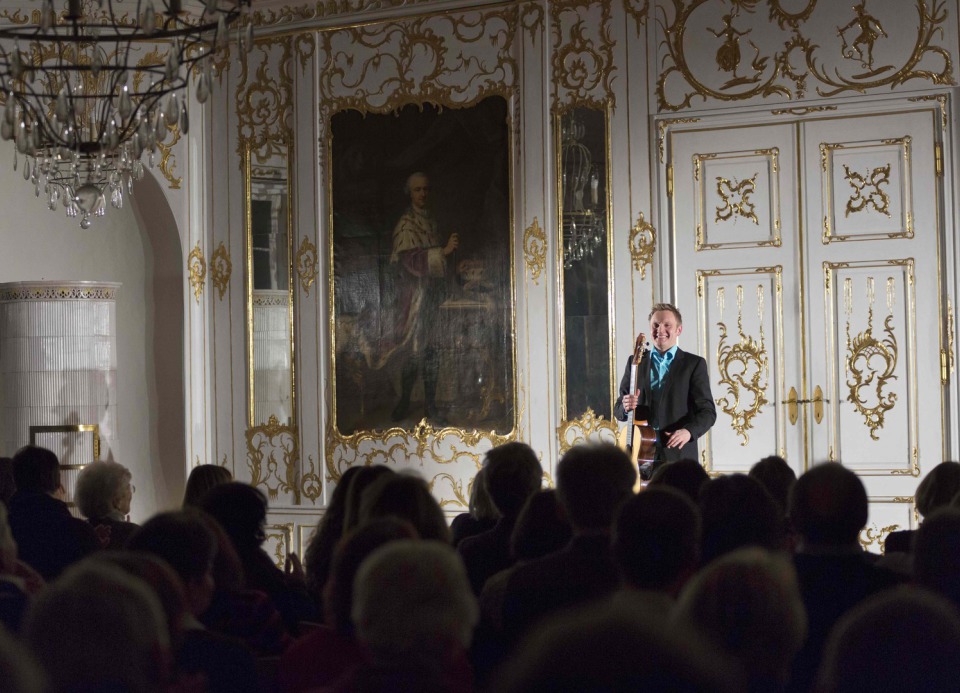 "His latest production Lotos has become beautiful, the music is autobiographical, behind every piece seems to be a story"

"...Lavrentiev is both a brilliant virtuoso and a highly sophisticated, sensitive artist - in short, a versatile guitarist:
Technically a wizard.
With fingers like hummingbird wings.
The audience was enthralled.
The musician presents the program with a lighthearted charm that is contagious."
"Ruhr Nachrichten", May 24, 2011

"... a delicate performer, a master of the soft tone and sensitive gesture. And nevertheless an outstanding technician and brilliant virtuoso, but one that interprets the innermost depths of the music."
"Ruhr Nachrichten" of September 4, 2002

"...The most sensitive, subtle and versatile guitarist of this evening's concert was Dimitri Lavrentiev."
"Ruhr Nachrichten" of July 22, 2002

"...What made his playing so captivating was that he did not put the virtuosity that he so obviously possesses into the foreground. Rather he relied on his distinctive feel for the music perceptible in the dynamics and the nuance with which all the works were performed. While softly modulated, his tone had a bell-like clarity."
"Westfälische Rundschau" of January 2, 2001

"...He has an excellent technical command and an outstanding feeling for musical moods. Lavrentiev moves sensitively on the edge of silence...
"WAZ" of April 9, 2002

"...Remarkable, again and again, the dexterity of his fingers, the lightness of his approach."
"Westfälische Rundschau" of April 9, 2002

"... not only did they (Dimitri Lavrentiev and Diego Garcia) give an extraordinarily sensitive performance, full of delightfully spirited music, but they also captivated the audience as co-moderators with their charming and humorous improvisations."
"Augsburger Allgemeine" of October 26, 2006

"...With brilliant technique, great dexterity and a seeming effortlessness, the guitarist Dimitri Lavrentiev took his audience on a musical journey through six centuries of guitar music from around the world.
"Westfälische Rundschau", May 24, 2011